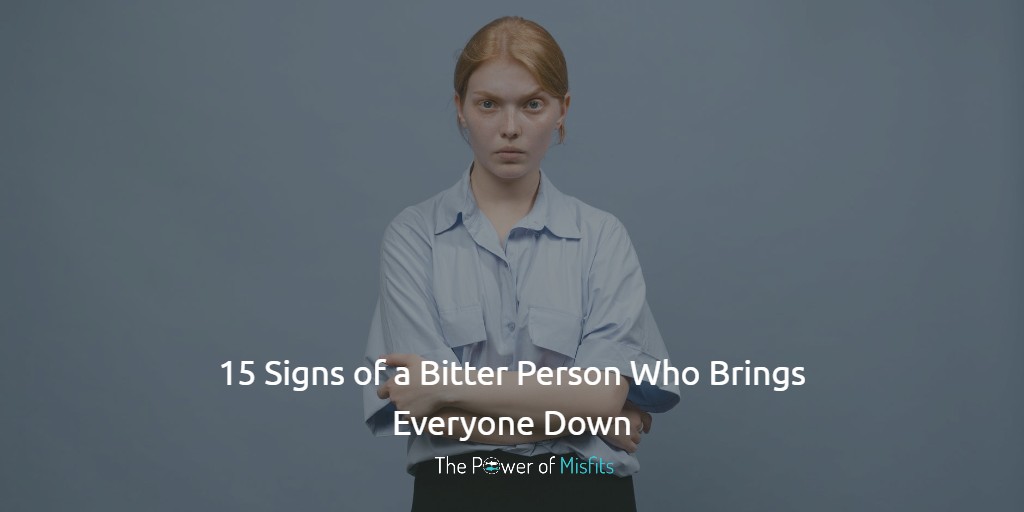 What Is a Bitter Person? The Definition

It is someone who is in a chronic state of resentment and anger. Being bitter means suffering from bad moods, often getting irritated, and finding it difficult to enjoy life.

Bitter individuals have pretty gloomy views on life too. They are convinced that life is utterly unfair, the world is dangerous, and people are not to be trusted. They are haunted by a feeling of being mistreated by both life and other people.

Typically, bitterness is a product of past disappointments, heartbreaks, and hurts.

15 Signs You Are Dealing with a Bitter Person

1. They never have anything nice to say

Bitter people rarely speak nice of others or say positive things in general. Most of the time, they are pessimistic and prefer to talk about how unfair life is and how gloomy the future is.

As I said numerous times in other articles, it’s impossible to always stay positive. However, a bitter person will hardly ever be in a cheerful mood and talk about positive topics.

2. They focus on negatives

Someone who is bitter finds it difficult to enjoy life because there is always something that bothers them. They tend to focus on the negative aspects of everything – be it another person, the surrounding environment, or a situation.

Here is an example. Say that your girlfriend’s personality is somehow bitter. You arrange a romantic getaway for the two of you. Guess what? Instead of enjoying it, she ends up complaining about the small hotel room and the meager choice of dishes in the restaurant.

No need to say how discouraging this behavior is.

3. They always blame others

Bitterness means being in a chronic state of resentment and feeling like you are mistreated by life and other people. So, it makes sense that bitter personalities see people and external factors as the roots of their problems.

They may blame their business partners for their failures or say that they didn’t progress in life because society is intrinsically unjust.

Of course, other people and external factors play a role too, but it’s always wiser to own up to your mistakes. Unfortunately, bitter people are often incapable of taking the responsibility for their faults.

4. They criticize a lot

Bitterness and criticism go hand in hand. Just as bitter individuals are pessimistic about life in general, so are they critical of others.

You won’t hear encouraging comments from them if you tell them about your news or aspirations. They will most likely criticize your plans and make you feel silly.

For example, if your parents are bitter people, they will criticize everything from the college course you picked to your choice of a romantic partner. At some point, you just realize that it’s better to not tell them anything about your life.

5. They don’t see good in people

Oftentimes, bitterness stems from disappointment. People who have this trait may have been betrayed and hurt in the past. That’s why they find it difficult to see good in people.

They will downplay others’ good deeds and traits, trying to find shady motives behind acts of kindness and fakeness behind smiles. A key trait of a bitter person is perceiving the world in a negative light and believing that most people are bad and unreliable.

For the same reason, they will always focus on someone’s flaws and neglect their good qualities.

6. They are suspicious and cynical 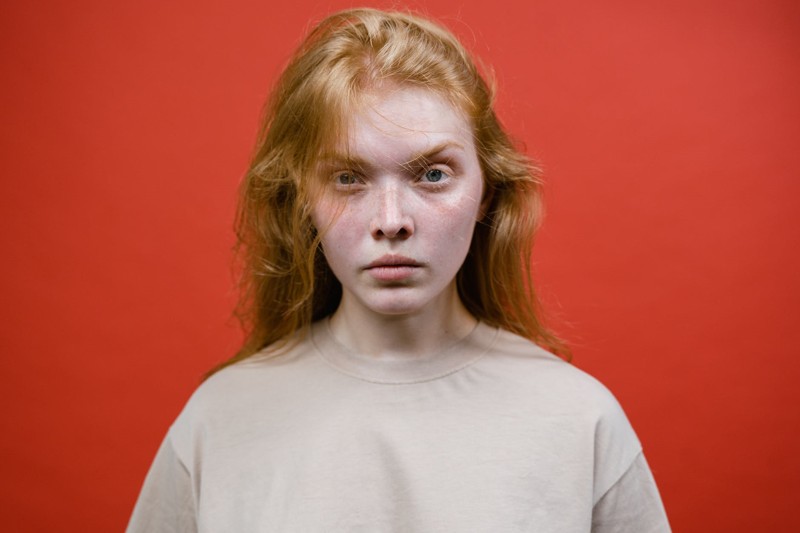 With all the traits described above, it makes sense that someone with a bitter personality doesn’t trust other people. They tend to suspect others of being indecent and never expect anything good from others.

At the same time, bitter people have pretty cynical views on life. For example, they may refuse the existence of love and loyalty, saying that it’s just a silly lie for the fans of romance novels. They may not believe in genuine friendships and unconditional relationships.

Once again, such views usually stem from their past disappointments in people.

7. They always feel misunderstood and undervalued

Since being a bitter person means being in a state of chronic resentment, they have a persistent feeling that other people misunderstand and undervalue them.

They believe that life has been unfair to them because no one was able to see their talents. They may say that they were born at the wrong time and the circumstances were against them. As we said above, bitter people tend to blame everyone and everything else but themselves for their failures.

Sometimes we all feel like no one understands us. Sometimes other people’s behavior leaves us feeling unappreciated and invisible. But a bitter person experiences this emotional state on a regular basis.

8. Their presence is daunting

Someone with a bitter personality easily brings down those around them. Their constant flow of negativity is draining.

Sometimes it feels like their presence alone takes away all the fun. As if they don’t let other people enjoy life and are trying to spoil everyone’s mood with their nasty remarks and twisted jokes.

You may notice that when your bitter cousin is around, you are unable to have fun. He always grumbles about something and makes cynical comments. So, you think twice about inviting him to your birthday party.

9. They are not happy for others

Tell a bitter person about your recent promotion at work, and they will downplay your success. Tell them about your plans to marry your significant other, and they will give you a lecture about the futility of marriage.

Oftentimes, their bitterness doesn’t allow them to be happy even for their own accomplishments. So, it makes sense that they struggle even more to feel good about someone else’s success.

10. They find it difficult to embrace new things and people

Since the inability to trust is one of the key traits of a bitter individual, they will find it hard to like and accept new people. The same is true about new things. They can be conservative to the point of being unable to accept even the slightest change in their lives.

Bitter people don’t trust life itself, so they will struggle to adapt to changing circumstances and uncertain times. Their resistance to change stops them from trusting the process and embracing new things.

They feel more comfortable following established routines and hanging out with the same people. Having a small circle of trusted individuals feels safer. In a bitter person’s eyes, meeting new people means exposing themselves to new disappointments. 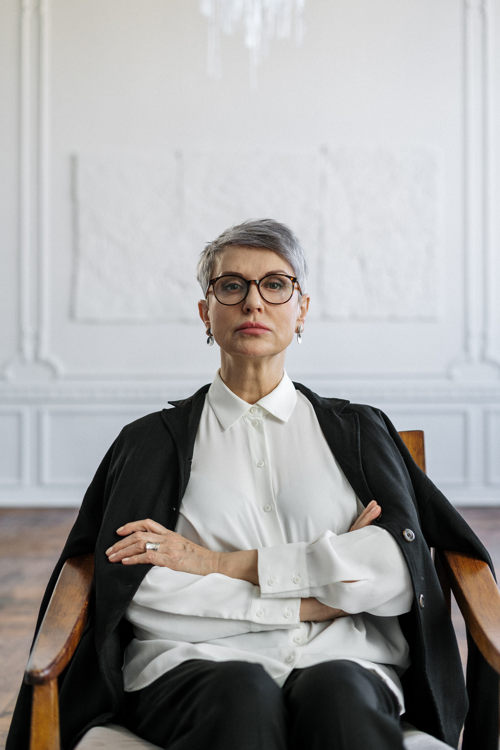 Another typical behavior of a bitter person is relying on prejudices and generalizations. For example, if they’ve been hurt in their love life, they may end up thinking that all men/women are unfaithful and unreliable.

This can make them judgmental when dealing with other people. A bitter individual will jump to conclusions and easily judge someone as fake/stupid/untrustworthy based on superficial criteria such as clothes or occupation.

They will often misinterpret other people’s decisions and behaviors, not even trying to understand the motives behind them.

Just as they are unable to embrace new things and people, so do they find it hard to accept other points of view. It’s nearly impossible to make a bitter individual understand your opinion if it’s different from theirs.

That’s why dealing with a bitter person in a conflict situation can be a difficult task. They just won’t listen. When they feel like their views are threatened, they will get hostile, angry, and, well… bitter.

13. They are easily offended

If someone has a particularly bitter personality, they get offended by the silliest things. Depending on the topic that bothers them the most, they immediately get defensive and hostile when someone brings it up.

If you have this kind of person in your social circle, you know exactly what I mean. You end up filtering what you say for the fear that your bitter friend might get upset.

How does a bitter person act in conflict situations? Some of them can be passive-aggressive, and others prefer to approach confrontation openly. But they all share the same trait – they hold grudges. Sometimes they give you the silent treatment and won’t talk to you for weeks or even months.

A friend of mine has a bitter father, and every time they have a disagreement, he won’t pick up her calls for months.

15. Everything and everyone gets on their nerves 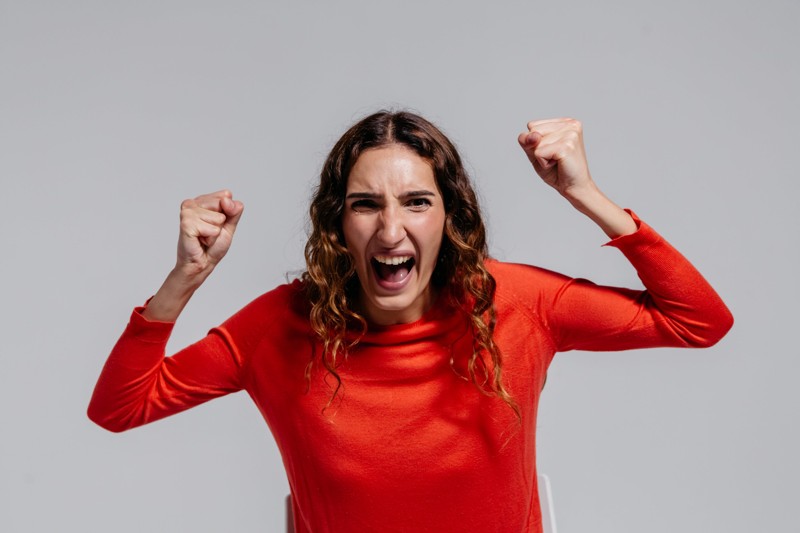 Bitterness and anger are inseparable. A tell-tale sign of a bitter person is that they are always irritated by something or someone. It may be a neighbor’s kids playing music too loud or a hyperactive co-worker who finishes all the coffee in the office.

Every one of us feels annoyed with other people from time to time. It’s natural. But someone with a bitter personality is in a chronic state of irritation because there is always something that bothers them.

Sometimes the most insignificant habits and things get on their nerves. This is when they make a mountain out of a molehill and won’t stop grumbling.

One Last Thing to Remember about Bitter People

Even though the above analysis shows bitter people in a negative light, I want you to remember one thing. Being bitter doesn’t mean being a bad person.

Typically, bitterness originates from past traumas and heartbreaks. No one becomes this way out of a sudden. There is always a reason for someone to be in this chronic state of resentment.

So, if you recognize yourself in the above, don’t hurry to think that you are an evil person. I admit to having some traits of bitterness too. And though I’m not always positive or friendly, I know I’m not a bad person.

There are always ways to improve, and it’s possible to overcome your bitterness. Start with being grateful for all the beautiful things and people you have in life. After some time of practicing gratefulness, you will feel much calmer and less negative.

Check out this guide to gratitude affirmations to learn more.