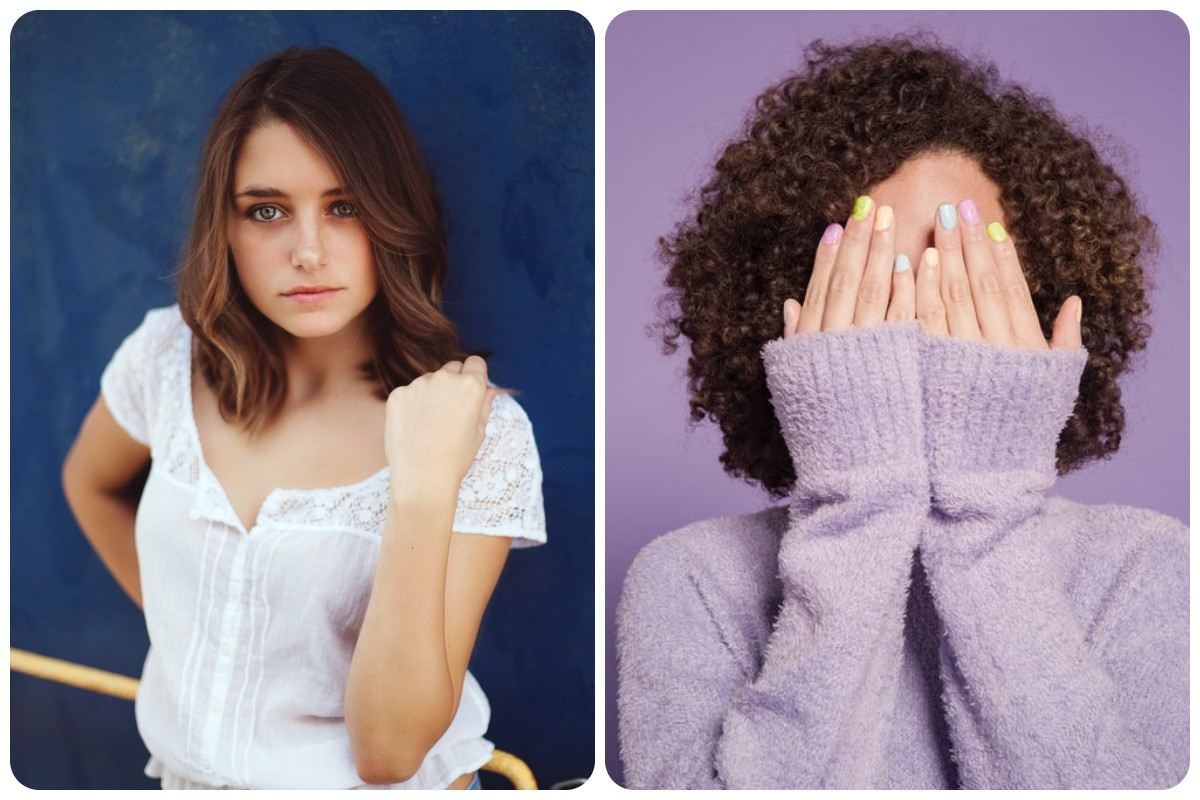 Introversion is mistaken for many things: shyness, antisocial attitude, and arrogance. But even more often, it is confused with social anxiety. Let’s compare introversion vs social anxiety and point out the differences.

It’s worth mentioning that the two are not mutually exclusive, and you can very well be a socially anxious introvert. However, in this case, the overwhelming feelings caused by anxiety will prevail over the experiences associated with introversion.

Let’s start with the definitions of the two.

Introversion is a trait that describes a person’s inclination towards alone time and solitary activities. It is not a mental health issue but a characteristic of one’s personality.

Introverts recharge their emotional and mental batteries while spending time on their own. And they give their energy away during social interaction, that’s why they may find too much of it draining.

Social anxiety is a mental disorder associated with the irrational fear of social interaction. Typically, it leaves the sufferer being painfully afraid of being rejected or ridiculed by other people.

Crippled by these fears, a socially anxious person experiences a number of uncomfortable symptoms in social situations. Some examples include:

The severity of the symptoms may vary. Some socially anxious people may have panic attacks in the most trivial social situations, others just find certain types of social interaction uncomfortable.

So what’s the difference between an introvert and someone who suffers from social anxiety? Below are a few things that demonstrate that these two are not the same:

The attitude towards social situations is the most essential difference between introversion vs social anxiety. While both of these types tend to avoid social interaction to some extent, they do it for different reasons.

Introverts are not afraid of these situations – they just have limited energy available for handling them.

A person with social anxiety, on the other hand, finds social interaction scary and uncomfortable. Talking to other people causes overwhelming anxiety symptoms in them, so they will avoid it at any cost.

2. Introversion is an innate quality; social anxiety is acquired

Another one of the most basic differences between introversion vs social anxiety is the way a person develops them.

Introversion is a personality trait you are born with. Studies show that it is mainly based on the processes happening in your brain, such as what kind of neurotransmitter your brain relies on. This means that you are wired to be an introvert.

On the other hand, social anxiety is an acquired mental disorder. You are not born with it, you develop it as a result of negative experiences such as emotional trauma or abuse in childhood.

All this means that you can’t stop being an introvert, but you can overcome social anxiety.

3. A socially anxious person worries excessively about their social performance; an introvert does not

Typically, introverts are overthinkers just like socially anxious people, but they don’t worry as much about their social performance.

Someone who has social anxiety will feel uneasy and nervous before the social event even starts. They will think about all the terrifying scenarios of saying the wrong things and embarrassing themselves in front of others.

An introvert won’t worry about all this. They may think whether it’s a good idea to go to a social gathering. “Will I get bored too quickly and regret not staying at home? Will there be people I don’t like? Will they ask me personal questions?”

But an introvert’s mind won’t be full of scary pictures of social embarrassment.

4. Social anxiety is associated with harsh self-criticism; introversion is not

It’s true that many introverts have low self-esteem and are self-critical. It has to do with the fact that this personality type is highly introspective and self-aware.

However, a mentally healthy introvert won’t indulge in harsh self-criticism. This is what a socially anxious person will do, especially after attending a social event.

Since their judgment is clouded by anxiety and irrational fears, they will perceive their most trivial mistakes as terrible failures. They will feel that they said something wrong and looked silly and weird in the eyes of others.

A person with social anxiety may even misinterpret other people’s behavior as hostile and unfriendly. So, they will be haunted by the feeling of being rejected, left out, or laughed at, even if it has little to to do with reality.

5. An introvert can enjoy social interaction while a socially anxious person finds it extremely unsettling

A ‘regular’ introvert won’t feel overwhelmingly anxious or uncomfortable in social settings. Yes, certain situations such as big family reunions or public speaking may make them feel a little uneasy.

But these experiences won’t overpower them. They won’t cause all those symptoms social anxiety sufferers endure. Introverts can enjoy social gatherings and have fun at parties, but they simply get tired quickly.

Someone who has social anxiety will have a number of physical symptoms in social settings, such as increased heartbeat, difficulty breathing, and trembling. They will also constantly worry about possible embarrassment and fear that they will say or do something wrong.

The most trivial situation such as talking to a cashier in the store can seem challenging and unsettle a socially anxious person greatly. For this reason, they can’t enjoy themselves at gatherings and in social situations in general.

6. Social anxiety makes a person socially inept; introversion does not

It makes sense that someone who has such a hard time talking to other people because of their anxiety is also socially inept. An anxious person’s social skills suffer because they don’t get the chance to improve them due to their unsettling symptoms.

Social anxiety often leaves the person being unable to handle the simplest tasks if they involve interacting with other people, particularly strangers. So, they may struggle to even go to a hairdresser or grocery store.

As for introversion, it’s not a synonym of social ineptness. An introvert can and wants to interact with other people, but they simply prefer to do it on their terms. The quiet ones feel more comfortable in smaller groups of people and more intimate social settings.

But introverts have no issues with meeting new people, establishing contact with others, and participating in team projects. Yes, they may not be the fans of big parties and teamwork, but they can handle these tasks.

This is one of the key differences between introversion vs social anxiety.

7. A socially anxious person may want to socialize more, but they can’t; an introvert is happy with a small circle

Finally, the most important point in comparing social anxiety vs introversion is that the one is a mental disorder while the other one is a distinct personality trait. This means that you can suffer from social anxiety while being an extrovert.

In this case, you’d love to make new friends and socialize more, but your anxiety disorder won’t let you. Because your fear of being rejected and embarrassed in front of others is so strong, you can’t easily approach people and make new acquaintances.

For a socially anxious person, meeting new people becomes a daunting challenge that feels almost impossible to overcome. They may, in fact, be a naturally sociable person and want to make friends, but they can’t do that due to their anxiety symptoms and irrational fears.

On the contrary, an introvert is happy with little social interaction and perfectly fine with having few friends. A quiet person’s small circle is their choice. They are not afraid of meeting new people and socializing with others, but they prefer social interaction in small doses.

All the above differences between introversion vs social anxiety boil down to one simple fact – an introvert is in charge of their life while a socially anxious person is not. This is what the definition of a mental disorder is – it makes your life worse and impairs your day-to-day functioning.

A socially anxious person may want to expand their circle and socialize with others more, but they can’t do that because of their disorder.

An introvert, in turn, shapes their social life around their personality, making a conscious choice to hang out with few people in small groups.