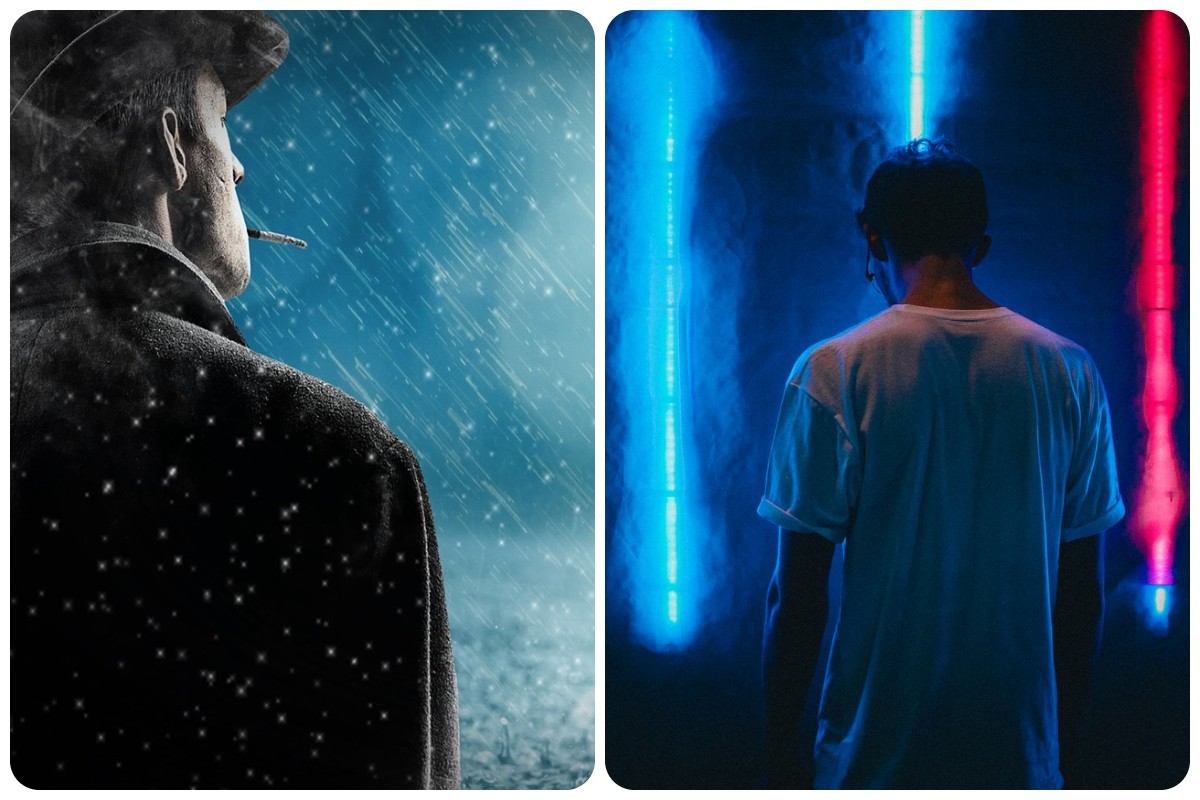 People often mistake introverts for being arrogant, cold, and antisocial. But in reality, it is nowhere near the truth.

Let’s compare antisocial vs introverted and point out the differences so that you can know for sure which of the two you are.

Even the definitions of these two words make it clear that being antisocial and being an introvert are not the same.

The word antisocial has two meanings:

We will stick with the second definition. Being antisocial means lacking the desire to socialize, make friends, and get to know other people. But it goes further than just being a loner – it also describes an individual who is opposed to society in a certain way.

While antisocial doesn’t necessarily mean that a person is socially inept, it defines someone who is not interested in being nice to others and conforming to the unwritten rules of polite, socially accepted behavior.

An introvert is a person who gains energy from solitary activities and gives it away during social interaction. Being introverted is not equal to being unfriendly or not wanting to socialize. It only indicates that a person has limited energy resources available for socializing.

Some introverts are more sociable, others are more guarded, but they all have one common trait – they need alone time to function properly.

Introversion describes the source of energy someone relies on, not their social skills or desire to interact with other people.

So what are the differences between an antisocial person and an introvert? And most importantly, which category do you fall into?

Contrary to a popular myth, introverts do enjoy talking to people and engaging in social activities. But at the same time, they can’t handle too much socializing.

Since their energy resources are limited, they prefer one-to-one communication and interaction in small groups. The quiet ones also tend to avoid crowds and large social gatherings because they find them draining.

As for antisocial people, they find interaction with other human beings unrewarding. They feel like it has nothing to offer them, so they simply have no interest in establishing contact with other people.

An antisocial person is not necessarily an introvert – they can be an extrovert and have no issues with energy drain. Their main motivation is the lack of interest in social affiliation.

Typically, an antisocial person has lower levels of empathy. It means that they find it difficult to relate to other people’s experiences and put themselves in someone else’s shoes. They are unlikely to empathize with another person’s feelings.

This is why they don’t mind if their behavior looks overly blunt and even offensive in the eyes of other people.

On the other hand, introverts tend to be highly empathetic, according to researcher Susan Cain and her book Quiet: The Power of Introverts in a World That Can’t Stop Talking. They do care about people and are considerate about their own actions and their consequences for those around them.

An introvert hates to bother or annoy another person. They will do everything to avoid hurting someone else’s feelings – sometimes to the extent of neglecting their own needs. This is one of the key differences between antisocial vs introverted people.

3. Introverts are not fans of social niceties, but they still participate in them; antisocial people don’t

Introverts don’t like pointless conversations, gossip, and small talk because this type of communication feels like you are wasting your energy for nothing. After all, you don’t exchange ideas or learn anything new when you discuss your colleague’s new outfit.

Once again, it all boils down to the same reason – energy preservation. But at the same time, introverts still participate in social niceties and follow the unwritten rules of socially accepted behavior. They do it because they care about other people’s feelings.

Compared to introverts, antisocial individuals give less importance to how their actions make other people feel. That’s why they will most likely refuse to listen to their co-worker’s story or have chitchat with an elderly neighbor.

An antisocial person realizes that their behavior may look rude to others, but they don’t mind it.

4. An antisocial person is more likely to be conceited and hostile towards others than an introvert

Someone who is antisocial is selfish – they put their needs and interests above anyone else’s. While it’s true for everyone to some extent, antisocial people often happen to be conceited and feel superior to others.

This can lead them to unfriendly and even hostile behavior towards those around them. Of course, not every antisocial person suffers from a personality disorder such as psychopathy or narcissism. But they indeed tend to be less considerate about other people.

For an introvert, it’s much different. As we said above, introverted personalities have high empathy, so they are unlikely to be aggressive or hostile to others. They always think about how their words and behaviors affect others.

Both introverted and antisocial people tend to have small social circles. But once again, their motives are different.

Introverts care about the quality and depth of their social connections while antisocial folks don’t think that friendships will make their life better. They are fine with having just one or two friends and are uninterested in meeting new people.

Even though a quiet person’s behavior may sometimes look aloof and unfriendly, it is not. Introverts simply need some time to get used to new people and prefer to keep quiet in big groups. But they are still interested in others and want to make new friends, contrary to antisocial individuals.

Are you an introvert or an antisocial person?

As you can see now, the main difference between antisocial vs introverted people lies in the motivation that makes them avoid social interaction. Even though their behavior may look similar on the surface, it is caused by different factors.

At the same time, all this doesn’t imply that you can be either antisocial or introverted. You can actually be an antisocial introvert and combine both of these traits. This would make you be equally drained by socializing and uninterested in it. However, such people are much rarer than regular introverts.

I hope that this article has made it clear what it means to be introverted and how it differs from being antisocial, and you now know for sure which category you belong to.