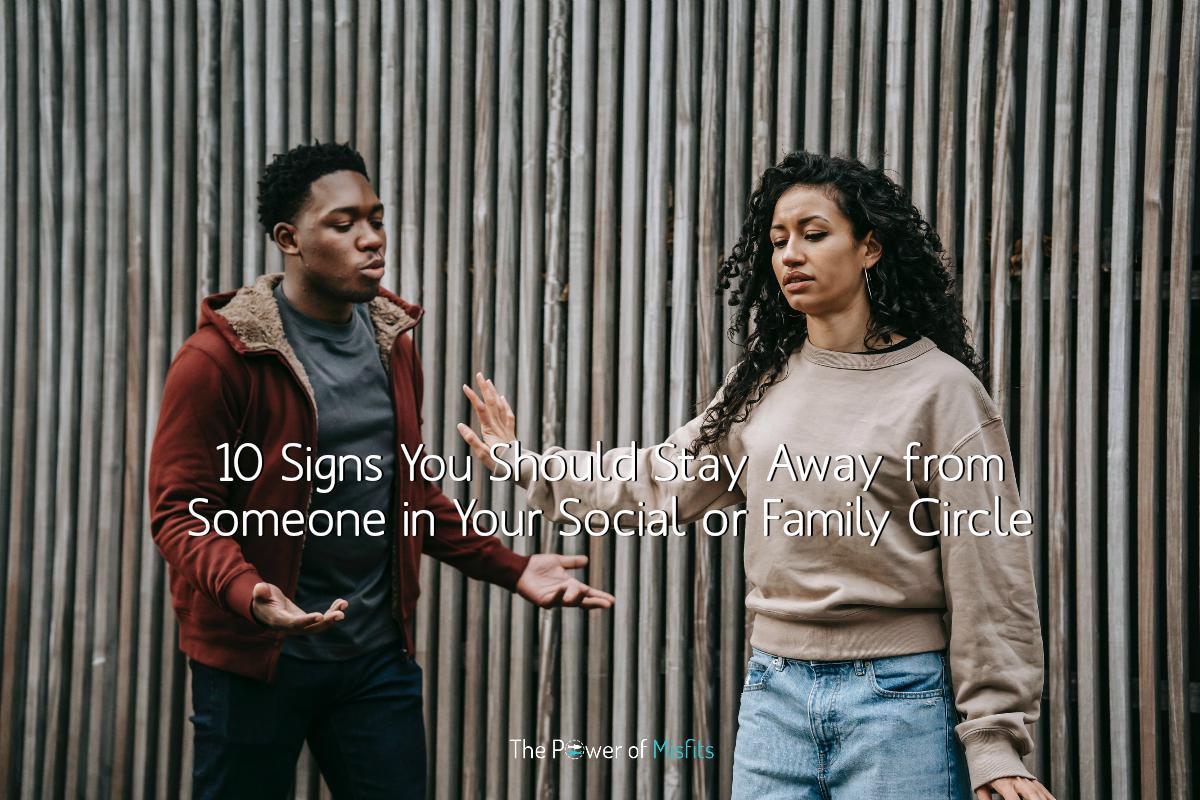 It can be hard to accept it, but some people don’t deserve to be a part of your life. It can be co-workers, friends, or even family members.

There are some undeniable signs you should stay away from someone in your circle. Being aware of these indicators will help you realize who belongs with you and who doesn’t.

We all have heard about toxic people, manipulators, and devious personalities like narcissists or psychopaths. But does it mean that we can easily detect them in our social circle?

Not quite. It can be more difficult than it seems as some people are masters of pretense and manipulation.

So check out the indicators below to see if someone in your life fits the description.

10 signs you should stay away from someone in your life

1. You feel drained after talking to them

We all go through challenging periods in life from time to time. It’s okay to be sad and share your concerns with your friends and family.

But there also are some people who complain all the time, create drama out of nothing, and thrive on the attention they get.

It’s not a coincidence that they are sometimes referred to as “emotional vampires”. It’s because after talking to them, you feel totally drained. It’s like they are taking away your vital energy.

In a sense, they do. Hanging out with chronic complainers and drama queens steals your time and energy, so think twice about having such personalities in your circle.

Disrespect from a friend or relative is a huge red flag. Whether they openly bully you, call you names, or disguise their insults as jokes, it’s a good idea to stay away from them. This kind of mistreatment can take a toll on your self-worth and mental health.

There can be a myriad of reasons why they behave the way they do. Maybe they are plain mean or seek to feel better about themselves by mistreating others. In any case, the cause of their behavior is not your concern.

Respect is a pillar of any relationship, and if someone doesn’t treat you with dignity, you are better off without them.

3. They are intrusive and overly controlling 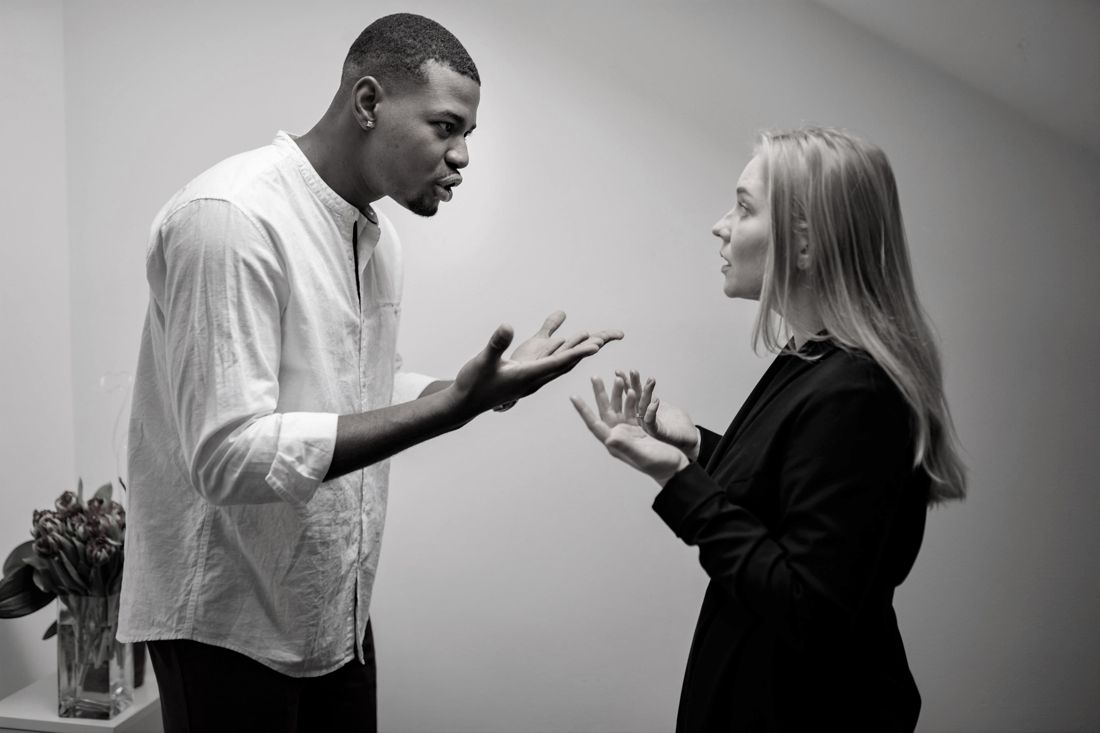 Some people have an unhealthy urge to control others. Typically, they have issues of their own such as anxiety or a lack of trust. But the problem is that such people can turn your reality into a living hell.

They spy on you, use emotional blackmail, and squeeze you into the box of their perception. All this aims to make you do what they want. But they forget that you are an individual with your own desires, views, and aspirations.

Any kind of relationship that takes away the freedom to be yourself is unhealthy. So beware of controlling, intrusive, and possessive behavior in those around you. It is probably better to distance yourself from someone who has these traits.

4. You feel relieved at their absence

A telling sign that you need to stay away from someone is that you don’t enjoy their company and feel relieved at their absence.

You may even feel anxious or unexcited upon spending time with them. It looks more like an obligation than your genuine desire to see them.

There could be numerous reasons why you don’t enjoy someone’s company. They might be too draining, pushy, or bitter. In any case, if someone makes you feel uncomfortable, they are not the right person for you to spend your time with.

You will know this by the feeling you get when they leave. If you feel relief as soon as they go away, as if the air gets fresher and you can finally breathe, then there is probably no point in spending time with them in the first place.

5. They judge and put you down, which takes a toll on your self-esteem

Along with disrespect, a highly judgmental attitude is a sign of an unhealthy family or friendly relationship.

Belittling someone is very different from giving them constructive feedback. Friends are meant to tell the truth to each other, even when it’s bitter. But real friends won’t put you down.

You can easily recognize this toxic attitude by the way it feels. Do you feel bad about yourself after talking to someone? Do your dreams suddenly seem small and ridiculous? Does a conversation with them evoke a rush of pessimism and a lack of self-belief in you?

All these are signs that your friend or family member belittles you. Socializing with someone who kills your self-esteem is not going to do you any good, so maybe it’s better to stay away from them.

6. They lie and distort facts

Deceptive behavior should be never tolerated because it kills trust in a relationship between two people. If you repeatedly caught your friend or family member lying, think twice about giving them a place in your life.

It is mostly true if they distort facts in order to get you to do what they want or in an attempt to escape responsibility for their actions. For example, they may shift the blame for something they did on you or someone else. These are all signs of manipulative behavior that you should never ignore.

It is risky to put manipulative personalities in your life. If they use particularly damaging tactics such as gaslighting, you may start questioning yourself and your reality without even realizing how you ended up here.

It’s not always easy to see that you’ve been playing a role in a manipulator’s psychological game, so it’s better to distance yourself from them before it’s too late.

7. They take advantage of you

Sadly, being someone’s friend or relative doesn’t automatically mean that you truly care about them. Some people just stick with others out of mere convenience.

If you watch thoroughly, you will see the signs that your friend doesn’t care about you and just uses you. They won’t have any interest in you and your life and will show up only when it’s convenient for them.

When you need their help, they won’t be there. But at the same time, they will often turn to you in times of trouble. You may even get the impression that your friend is a desperately unlucky person who faces some kind of adversity all the time.

But the truth could be that they are simply taking advantage of your kindness. Beware of a person in your social circle who turns to you for help all the time while showing no interest in your life and zero willingness to offer you support.

It is a big sign you should stay away from someone, especially if you consider them to be your friend.

Have you seen your friend having a nice chitchat with a neighbor just to tell you later how much he or she hates them? You may feel a bit confused but skip this situation as insignificant. They would never do the same to you, right?

Wrong. You can’t trust a fake person even if they are being really nice to you. What if they do the same to you and you don’t realize it?

If you have someone like this in your social circle, consider the possibility that they are being fake with you too.

Inauthentic behavior is so common these days, but it doesn’t mean that it’s normal and we should tolerate it. The worst part is that you never know what to expect from a fake person. You can’t trust them or rely on them.

Without trust, any kind of relationship between two people is incomplete. For this reason, it’s better to distance yourself from fake personalities.

9. You notice unsettling changes in your own behavior 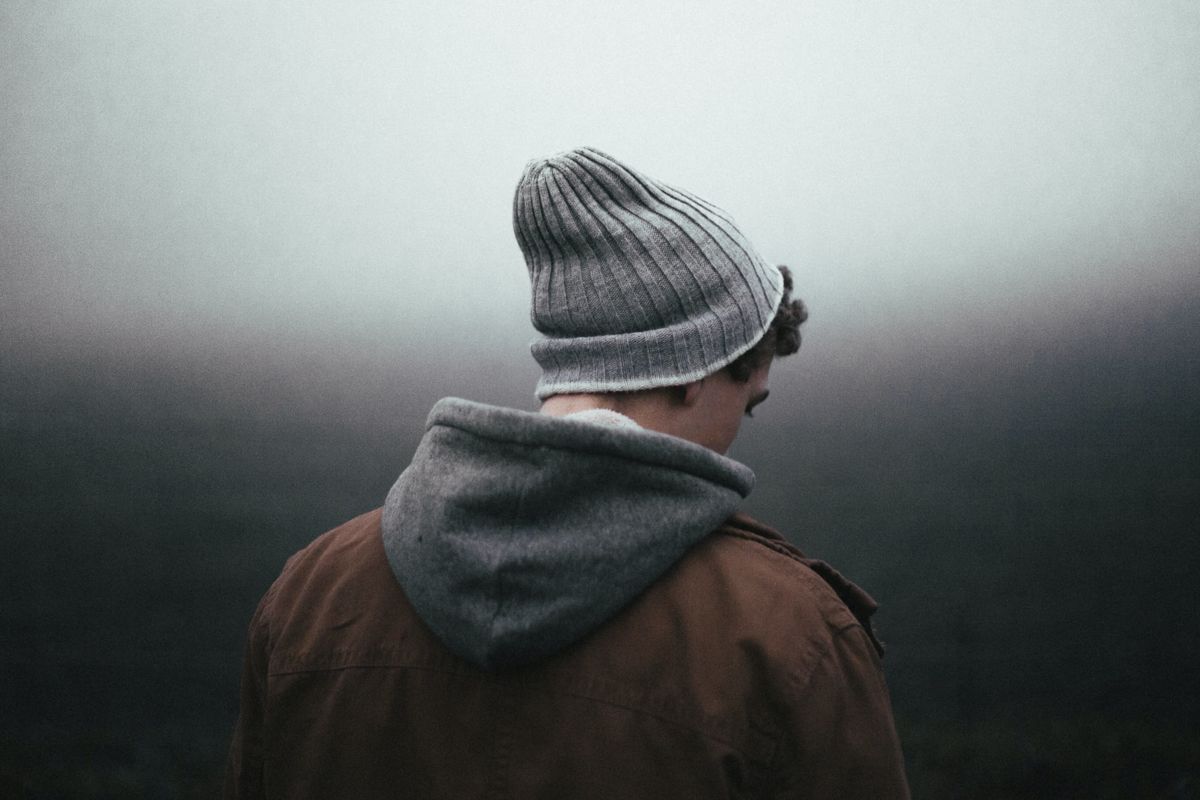 One of the most warning signs you should stay away from someone is that you notice negative changes in your own behavior.

For example, you are a calm person, but your aunt’s nasty remarks make you lose your temper. Or you stoop to your friend’s level and treat him with disrespect, which is something you would normally never do.

Similarly, you could be a naturally positive person, but your boyfriend’s toxic behavior has filled you with insecurities and has turned you into a chronic complainer.

Toxic connections may even make you engage in dangerous activities such as risk-taking or addictive behavior.

When you see these kinds of unsettling changes in yourself, it means that the person you hang out with is a bad influence. This is when you should definitely cut them out of your life for your own good.

10. They behave in an inconsistent manner

Finally, one more of the signs you should stay away from a person in your life is that you don’t know where you stand with them. Either it’s a friendly or romantic relationship, their behavior and attitude towards you are inconsistent.

It could be a flaky friend who behaves like you are their soul friend just to forget about your birthday a few days later. Or a romantic partner who says how much he cares just to disappear one week later.

Someone’s inconsistent behavior may leave you wondering if you did something wrong. In reality, you didn’t. You are just not on their list of priorities. And maybe you’d better stay away from someone who treats you like this.

To sum up, there are countless examples of toxic behaviors that should never be tolerated.

However, the most important indicator that you need to stay away from a person in your life is that in their company, you are turning into someone else. You drift away from your true self, neglect your needs, or adopt their toxic behaviors.

This is when you should have a serious think about their role in your life.