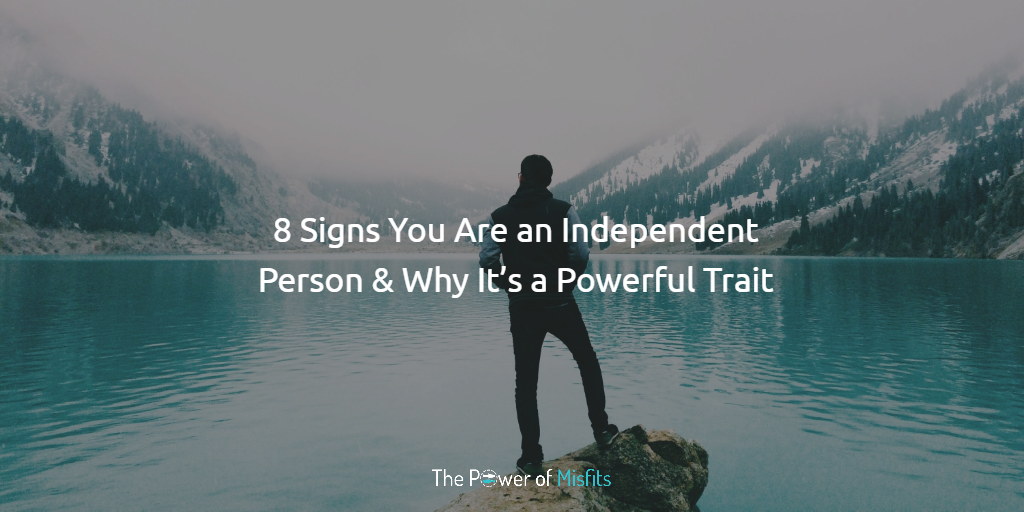 No one likes to depend on others. And yet, most of us do – whether we realize it or not.

Even when you are financially independent, it’s easy to let other people influence the way you feel about yourself. After all, it’s natural for us to seek validation from those around us.

So, what does it mean to be an independent person? And most importantly, do you have this personality trait?

What Is an Independent Person? The Definition

It is someone who doesn’t rely on other people for money, help, or emotional reassurance. It’s a person with sound self-esteem and a healthy sense of self. This means that they don’t need others’ validation to make decisions and feel good about themselves.

Being independent also means thinking for yourself instead of blindly going with public opinion.

8 Telling Signs You Are an Independent Person

1. Solitude is your friend, not your enemy

Many people dread the idea of living alone and even spending time by themselves. They try to blend in with groups and fill all their free time with social activities.

Why? Because it gives them the feeling of being accepted by others and, therefore, boosts their self-esteem.

An independent person doesn’t need to be social all the time in order to feel good about themselves. They love solitude and the calm it brings.

Independent people don’t run away from their problems, fears, and insecurities. They are at peace with themselves, and for this reason, they enjoy spending time on their own.

2. You rely on yourself

It’s great to have a support team, but a truly independent person always relies on themselves. It’s a key sign of this personality trait.

If you are one, then you don’t expect others to solve your problems. You don’t take someone’s help for granted, even if it’s your friend or family member.

You are convinced that you can count only on yourself. You also know that you need to work hard for your goals, and no one owes you anything.

So, in times of adversity, you rarely turn to others for help. You prefer to focus on finding tangible solutions for your problems. When hardships come into your life, your first thought is,

“What can I do to fix the situation?”

3. You don’t shy away from saying no 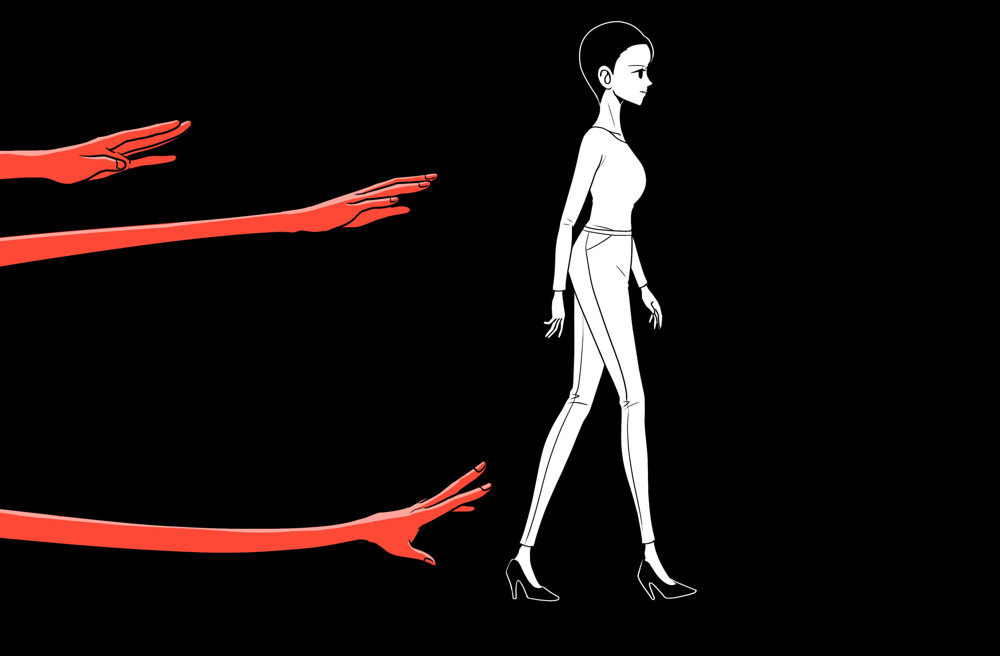 Many people avoid the slightest conflict and fail to stand for themselves. Why? Because they are doing their best to seem nice to others. After all, our fake society teaches us that being seemingly nice is more important than being honest.

That’s why a telling example of an independent person is the ability to say no and set firm boundaries. They won’t do or say things just to seem polite if it goes against their beliefs or emotional needs.

If you are this kind of person, you won’t tolerate fake friends and needy relatives who ask for favors all the time. You will say no and set strong boundaries, even if it makes you seem mean to some people.

4. You call things by their true names

In today’s society where everyone is afraid of offending another person with the wrong word choice, it can be difficult to call things by their true names.

That’s why many people shy away from expressing their true feelings and opinions. They water down the truth with fake pleasantries and do their best to hide their real thoughts.

Independent people don’t do that. They are no slaves to the opinions of others, and this gives them the privilege to call things by their real names.

They see no point in telling lies and meaningless niceties just to make a good impression on someone. Yes, this behavior may not bring you popularity, but it’s a strong indicator of a frank and independent attitude.

A downside of being independent is that you struggle to ask for help even when you need it. Since you are used to relying only on yourself, you may fail to realize that it’s time to turn to someone else for advice or support.

So, in a difficult situation, you would rather push yourself to the edge of burnout than admit that you need help.

6. Your circle is small 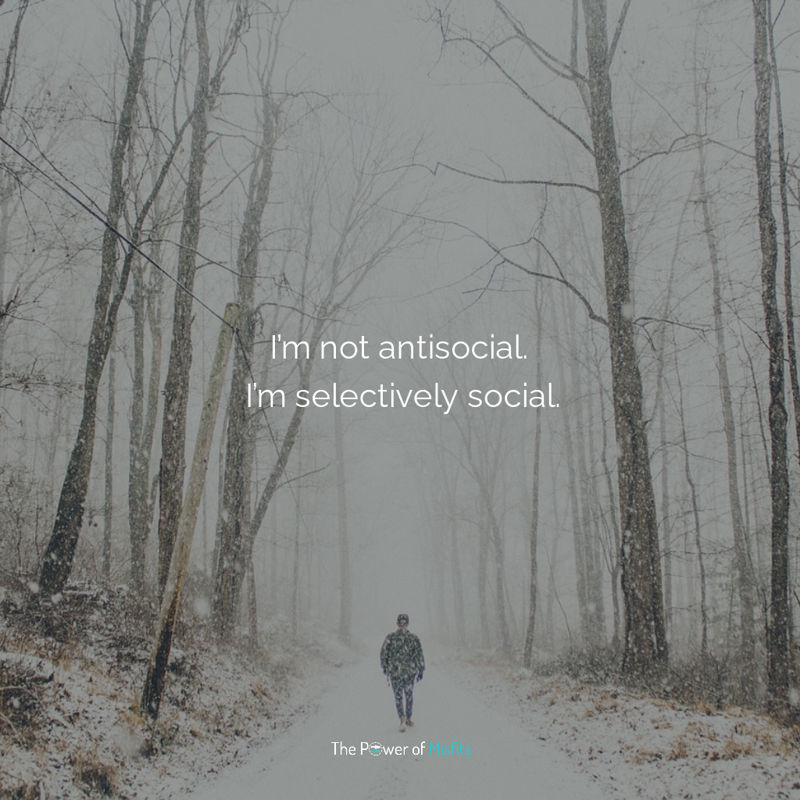 A telling sign that you are an independent person is that you keep your circle small. It doesn’t have to do with introversion but is more about being picky about your social connections.

You realize that very few people are worth spending your time on and even fewer are to be trusted. So, you choose wisely who to surround yourself with. You make sure your circle consists of like-minded people and loyal friends. Otherwise, it’s just not worth it.

It has to do with the fact that independent people don’t need to overload their life with social connections just to feel accepted and liked. Their self-esteem doesn’t depend on someone else’s approval.

For this reason, an independent person’s approach to social life is focused on meaningful connections and lasting friendships.

Being an independent person means staying true to yourself no matter what. It means listening to the voice of your inner self and not letting society and other people turn you into someone else.

We live in an overconnected world where it’s way too easy to get lost in the never-ending stream of information coming from all sides. We are constantly bombarded with fleeting trends and political agendas disguised as true values.

That’s why it’s easy to lose yourself and get confused in this world of constant connection and information overload. It’s easy to mistake someone else’s views and society-imposed ideals for your own.

Being independent means relying on your inner values and principles even if they are unpopular. It means maintaining a realistic view of life and knowing who you are and what you believe in.

Independent people don’t betray their ideals, priorities, and goals in life just because they go out of fashion. They know that trends come and go, and integrity is what ultimately stays with us.

8. You think for yourself

Critical thinking is a key trait of an independent person.

Not relying on others is not only about money and emotional reassurance. It is also about having your own opinions, values, and beliefs even if they go against those of the majority.

Independent people don’t have the need to get validation from society and those around them. They are confident in their views and won’t change them just to go along with current agendas and trends.

Whether it is about socially acute questions or personal details of your co-worker’s life, you don’t rush to conclusions just because everyone else does. You always leave space for doubt and make sure you filter all information through the prism of critical thinking.

Having sound self-esteem that doesn’t depend on other people’s opinions is a powerful and increasingly rare characteristic.

Contrary to ubiquitous social media narcissism and craving for attention, independent people have no interest in proving anything to others. They never fight for the spotlight, and yet, they stand out from the crowd thanks to their independent attitude and strong self-worth.

Thinking for yourself is also an admirable trait in our conformist society. There is so much information today that it can be difficult to differentiate between truths and lies. It’s always easier to just follow the crowd and adopt a popular opinion without giving it a second thought.

That’s why being an independent thinker is a powerful quality as it allows you to draw your own conclusions based on your beliefs and values – not someone else’s. This gives you a clear sense of reality that so many people lack today.