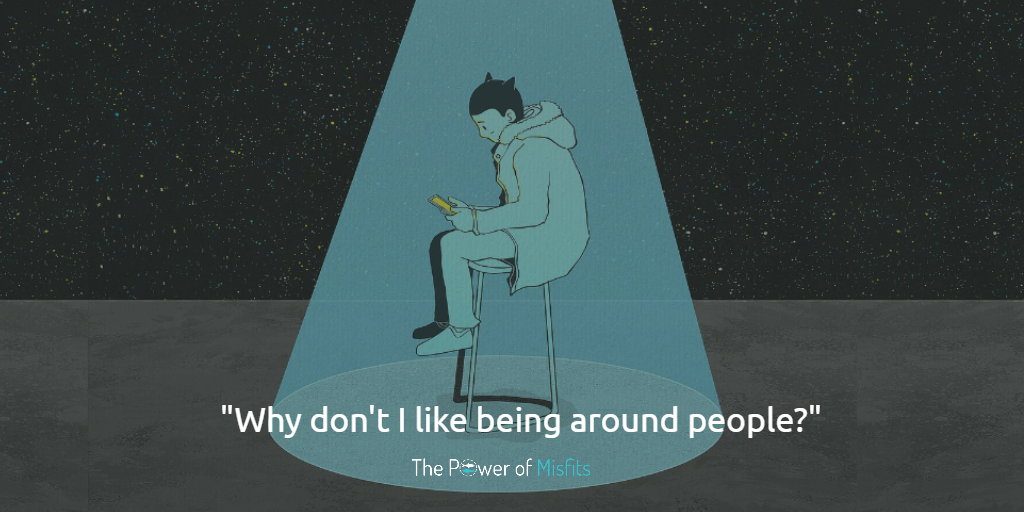 I have never liked being around people since I was a kid. Be it a crowded place or a classroom full of other children, I would feel uneasy and somehow unsafe. Later on, I began to wonder,

What’s wrong with me? Why don’t I like being around people? Why can’t I easily get on with others and make friends, just like other kids do?

Only years after that, I stumbled upon the terms ‘introvert’ and ‘socially anxious person’ that explained my uncomfortable experiences.

Even now, as an adult, when my social anxiety is more or less a thing of the past, it’s still true that I don’t like being around people. But at least now I clearly see the reason why.

If you have the same questions popping up in your mind, read on to understand yourself better.

1. You are an introvert

Contrary to a popular misconception, introverts don’t hate everyone. However, being around people drains them. They have limited energy, which has to do with the way their brains are wired. Their social batteries run dry quickly during socializing or just being around other people.

Being in a crowded place is still energy-consuming, even if you don’t say a word. Since there are so many people around you, loads of external stimuli are bombarding your brain every second. This exhausts your resources, whether you realize it or not.

That’s the main reason you get so tired at parties and gatherings and long for the moment when you finally get back home and enjoy some quiet.

If this is how you feel, then your introversion is the reason you don’t like being around people.

2. You have social anxiety

Social anxiety is different from introversion, even though the two share some similarities. The discomfort a socially anxious person is experiencing in social situations has to do with fear, not exhaustion.

They may feel unsafe, threatened, or deeply insecure around other people. These feelings can be so overwhelming that just being in a social environment causes them great distress.

Socially anxious individuals don’t just dislike being people–they dread it. Regardless of the actual cause of their social anxiety, it boils down to a single root: the irrational fear of being rejected, ridiculed, or hurt.

Thus, if you don’t like being around people to the point of feeling unsafe and deeply uncomfortable, you might have social anxiety.

3. You are a highly sensitive person 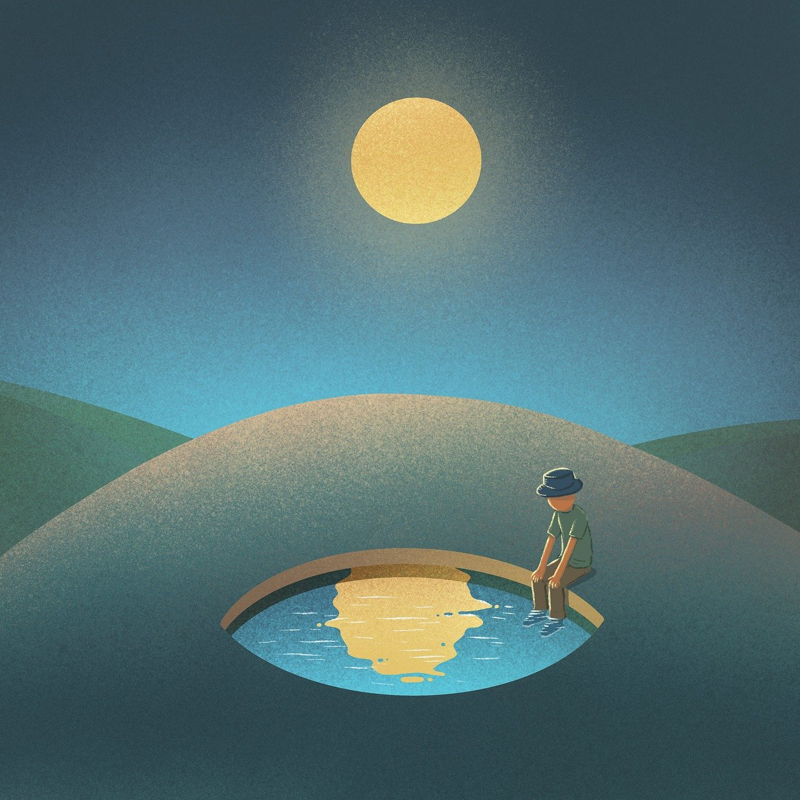 A highly sensitive person’s experiences are very similar to those of an introvert. After all, high sensitivity tends to be more prevalent among introverts.

Exhaustion with too many external stimuli is the main reason a highly sensitive individual doesn’t like being around people. The only difference is that the point of getting tired comes even sooner than for a regular introvert.

This is because an HSP gets drained with all kinds of stimuli, not only social ones. Sounds, scents, bright lights, and bursts of loud laughter are just some examples.

If a regular person’s brain processes just a tiny portion of stimuli coming through their senses, an HSP’s one takes in much more. Basically, their minds are busy with an ongoing work of processing sensory information from the environment.

So, there comes a time when an HSP’s brain can’t take in any more of it.

People often place introverts and antisocial individuals in the same category. However, there is a huge difference. An antisocial person makes a conscious choice to avoid people because they don’t like them.

There can be many reasons for that. An antisocial individual doesn’t always have some kind of personality disorder, though it’s possible. Neither are they necessarily a misanthrope who hates everyone.

Sometimes it’s just an unfriendly loner who wants to be left alone. That’s certainly me–except for being an introvert, I would call myself a loner, and this is the main reason why I don’t like being around people. I feel like they threaten my peace of mind, so I prefer to keep my distance.

An antisocial person may not find the company of other people exciting enough and worth their time. Maybe they’ve been hurt in the past, so they are cautious about opening their hearts to new people. It could also be that people get on their nerves.

5. You are in the wrong company

Sometimes the reason you don’t like being around people is hidden in those around you, not yourself. You could be surrounded by the wrong people without even realizing it.

It can easily happen, especially at a younger age, when we try to stick with a social group and be accepted by our peers.

You may hang out with some guys from your school or college, but deep inside, you know you don’t enjoy their company. Something is wrong, but you can’t say what exactly. Maybe it’s someone’s mean jokes, superficial conversations, or a lack of common interests.

So, you keep going to get-togethers and parties just because this is what you are supposed to do. But you know you don’t belong here. You don’t fit into this circle.

That’s when you begin to wonder,

‘Why do I feel this way? Why don’t I like being around people?’

The truth is that you don’t like being around these particular people. Maybe you should revise your friend circle.

I Know I Don’t Like Being Around People, and It’s Fine If You Feel This Way Too 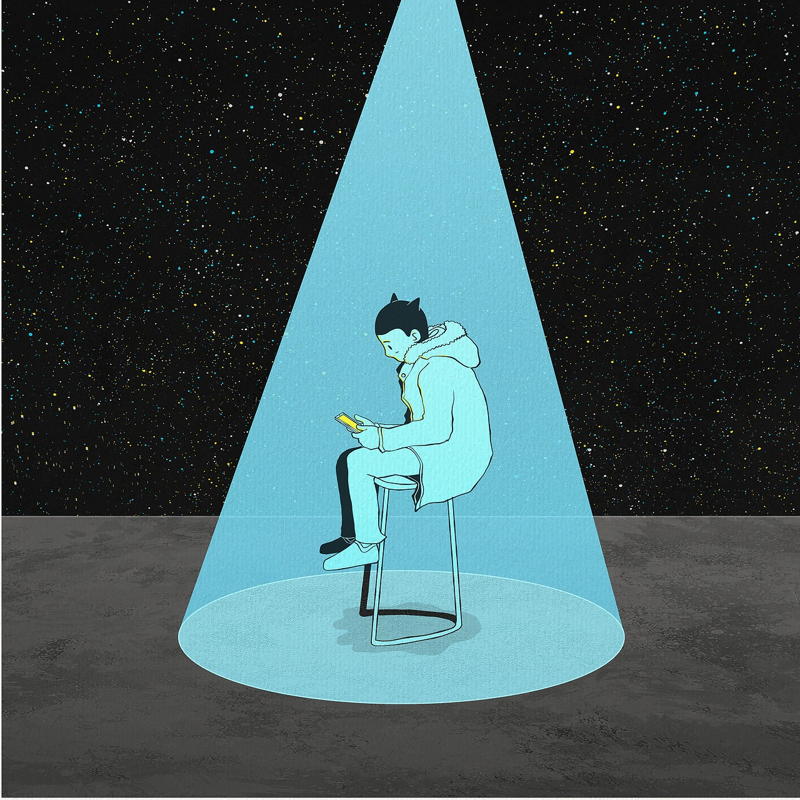 Sometimes your dislike of social interaction is a combination of the above factors.

For me, it’s certainly so. I don’t like being around people for many reasons. But I also know that it’s my conscious choice to avoid regular socializing or having many friends. I just enjoy a quiet, peaceful life in the small circle of my dear ones more than spending time with random people.

If you feel this way too, keep in mind that there is nothing wrong with it. The point is that you don’t feel lonely and isolated. And make sure you surround yourself with the right people. It’s better to have just one loyal, like-minded friend than waste your time on people you have nothing in common with.

P.S. If you relate to the experiences described in this article, I recommend getting a copy of my book where I give a deep analysis of the reasons behind social avoidance, along with a number of practical solutions for those who feel like they don’t fit in.