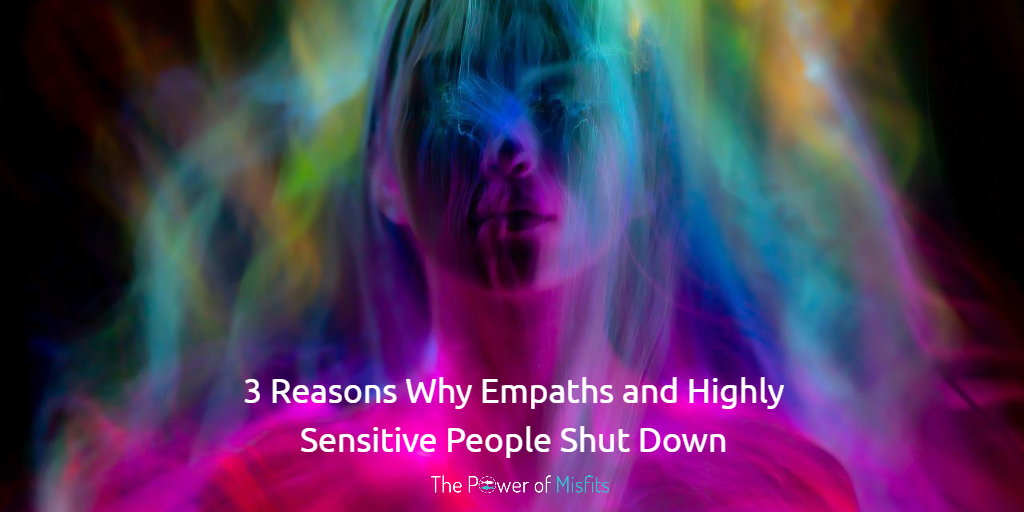 What Is the Empath Shutdown?

It is when an empath or a highly sensitive person (HSP) emotionally withdraws from an intense situation that involves conflict, violence, or suffering.

In essence, it’s a self-preservation and coping mechanism that helps them deal with emotional overwhelm.

Why Does It Happen?

Empaths and highly sensitive people are known to have enhanced perception when it comes to the feelings of those around them.

This is exactly what empathy is – the ability to relate to someone else’s feelings. Their level of empathy is so high that they can even confuse others’ emotions for their own.

With that being said, you would expect an empath to show compassion and immediately offer help to someone who is suffering, right?

In reality, it doesn’t work this way for all empaths and HSPs. Some of them do quite the opposite: they shut down when they witness conflict, suffering, or intensity.

Why does it happen? Why would a highly empathetic person shut down and act indifferent when they are supposed to be engaged and feel compassion?

I had a conversation with HSP expert Dr. Tracy Cooper who is also the author of Empowering the Sensitive Male Soul. According to him, there may be several reasons for the empath shutdown in high-conflict and intense situations. We explore them below.

3 Things That Explain the Empath Shutdown

First of all, empaths and highly sensitive people have a trait called sensory processing sensitivity. It means that their brains process a greater number of stimuli from the surrounding environment, compared to the average person.

An emotionally charged situation is a source of too many stimuli, which means that it can lead an empath to overload in no time. That’s why they choose to shut down and withdraw from the situation that is so overwhelming.

The amount of overwhelm generated by highly charged events, whether they are witnessed in-person or via the media, may far exceed the lower threshold HSPs for overstimulation that is inherent in the trait known as sensory processing sensitivity.

It is an innate genetic trait that evolved as a survival advantage for individuals and groups. In order to represent an advantage, 15-20% of the population may be more sensitive to all stimuli in the natural and interpersonal environments.

That can be a lot of information flowing in through the senses! An individual who identifies with sensory processing sensitivity may feel overexcited, overstimulated, or feel a need to withdraw from highly charged situations before others who may be lower in sensitivity.

Many empaths and highly sensitive people endured trauma in the past. Traumatic experiences such as abuse, bullying, and neglect leave long-lasting scars on these sensitive souls.

Among others, they may result in an empath being disconnected from their own feelings. Hence the difficulty to manage their emotions.

When an empath or a highly sensitive person witnesses others suffering, they automatically go back to the traumatic moment that made them feel unsafe and powerless.

Therefore, a wounded empath finds it easier to shut down and not deal with the mess that’s going on in their soul. In essence, they suppress their emotions and ‘switch off’ what they feel.

As Dr. Cooper puts it,

The need to withdraw, even when witnessing the suffering of others or in conflict situations, may be self-protective and stem from boundaries the person may have found necessary to set and enforce or sometimes due to traumatic experiences in the past where the person has felt powerless or endured abuse.

Emotion regulation is a problem for many empaths. Except for the history of trauma that we discussed above, it may also have to do with the difficulty telling your own feelings from those of others. There is too much intensity involved, and it clouds your judgment.

The disconnection from your emotions could also arise from social and family conditioning.

For example, say that an empath or a highly sensitive person grew up in a family where expressing emotions was considered inappropriate. In this case, it is very likely that they will spend a lifetime trying to hide and suppress what they feel. I explore the topic of family expectations and their effects on highly sensitive introverts in my book.

All these experiences create confusion and lead to an inability to manage your emotional responses. That’s why when you face harsh conflict or see other people suffering, it’s easier to just shut down and withdraw than deal with it.

According to Dr. Cooper,

Untreated trauma, lack of ability to regulate the intensity of emotions, and distinguishing between the emotions that are our own versus the emotions of others may all be contributing factors to the “empath shutdown.”

Is There Something Wrong with the Empaths and Highly Sensitive People Who Shut Down? 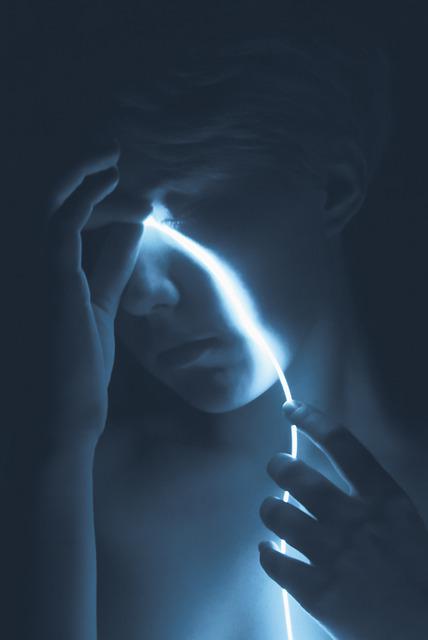 In general, the empath shutdown is not a healthy way to deal with your emotions. Mainly because it involves emotion suppression, which may have lasting consequences on your mental and physical health.

However, it all depends on the situation that makes you want to withdraw. Sometimes it’s indeed wiser to walk away from conflict and stress that doesn’t offer anything but overwhelm.

Individuals who find it necessary to withdraw when we would expect them to stay engaged may be acting out of self-preservation, even a farther reaching empathy for how they might project their overwhelm onto their loved ones.

In some cases, withdrawal from extremely overstimulating situations may be the kindest and most loving thing to do, considering the lack of fair-minded critical thinking and unwillingness to engage in the essential give and take of conflict without resorting to personal attacks.

The “empath shutdown” may be quite temporary. In other emotionally intense situations, the same individual may react quite calmly, rationally, and with great resolve. This complexity is inherent in the trait as it enables a broader possible range of emotional responsiveness.

Therefore, highly sensitive people and empaths shut down out of self-preservation, not because they actually don’t care. It’s an extremely important truth to remember.

After all, enhanced empathy is both a gift and a curse. And it’s not always easy to carry this burden.

As Dr. Cooper sums it up,

On the surface, it may appear that the individual is acting out of character, i.e., from being highly empathetic to seemingly low empathy. But we should bear in mind the practical reality that no two persons who identify with sensory processing sensitivity are alike.