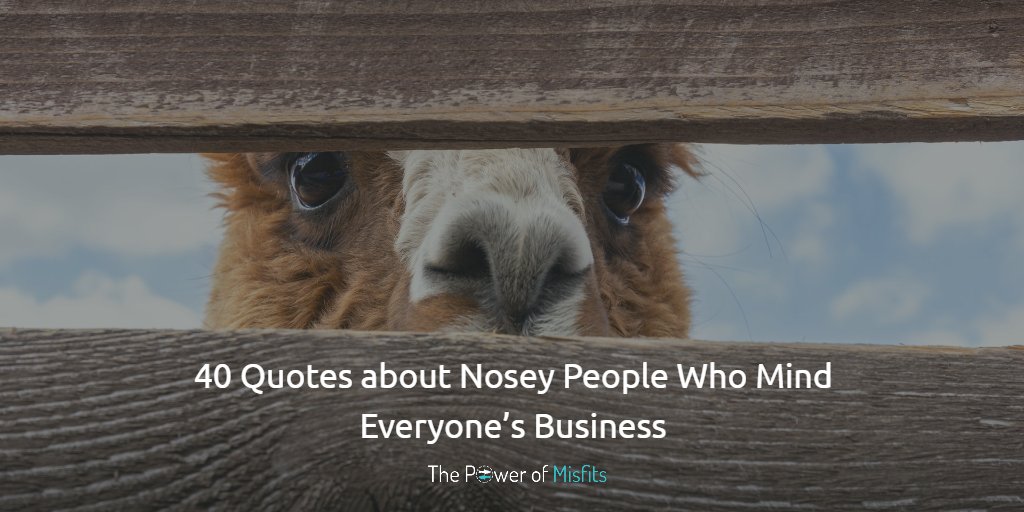 Curiosity is a great quality when it’s channeled in the right direction. It expands your knowledge and helps you stay young and live to the fullest. It pushes you to evolve as a person and encourages you to never stop learning.

But what happens when your curiosity only revolves around other people’s lives? This is when you become nosey. And this is when you need to look through the below list of nosey people quotes and ask yourself whether you really need to know everything about everyone.

It could also be that you are facing someone else’s intrusive behavior. In this case, you need to know how to deal with individuals who just can’t help themselves from prying into your personal business.

Being around nosey people is particularly challenging when you are an introvert. It has to do with the fact that this personality type values privacy over anything else.

So, it can be difficult to face people who don’t mind snooping into your life and asking embarrassing personal questions even if they just met you. Nosey people don’t respect your boundaries.

That’s why being equipped with a few pieces of wisdom can help you handle intrusive folks in your life. The below quotes about nosey people will give you some ideas.

Nosey People Quotes That Reveal the Reasons Behind Intrusive Behavior

1. Whenever I would get too nosey as a child, my grandmother would say, “When you learn someone else’s secret, your own secrets aren’t safe. Dig up one, release them all.”

2. Unhappy people often insist on trying to uncover the full magnitude of their unhappiness or choose to investigate other people’s lives as a distraction from their own.

3. Common politeness required that I find out; so did extreme nosiness.

4. You create silent enemies by revealing how much God had blessed you. There are people who are unhappy about your success and your big dreams are just too heavy for them to bear, so they will try to break you into pieces.

Sounds familiar? The person who makes you feel this way may just envy your success, so they try to diminish your achievements. Read this article if you suspect that there are negative people in your circle.

5. Doesn’t matter what you do, or how you do it, your neighbors are gonna talk about you ANYWAY.

6. It is always assumed by the empty-headed, who chatter about themselves for want of something better, that people who do not discuss their affairs openly must have something to hide.

8. How much time he gains who does not look to see what his neighbor says or does or thinks, but only at what he does himself, to make it just and holy.

10. People like to think the worst. They like to have hushed gossip sessions and point their fingers at someone’s problems that are more obvious than their own.

Does this quote remind you of someone you know? You could be dealing with a judgmental person – you can read about them here.

11. There are two types of listeners. The ones who actually care and the ones who are just nosey. 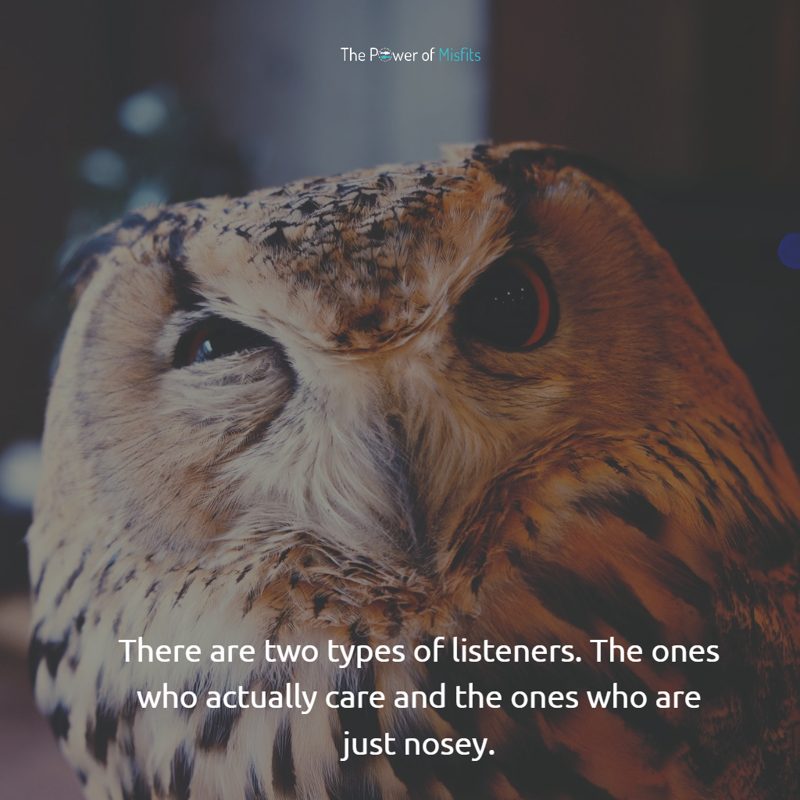 12. If you have trouble withholding personal information from nosey questioners, you need to get over this. This is how abusers take advantage of you in relationships and in life.

13. There was a dark side to the human heart and never was it more alive and well than when people found something good to gossip about.

14. Every man is surrounded by a neighborhood of voluntary spies.

15. Only a few people care. The rest are just curious. 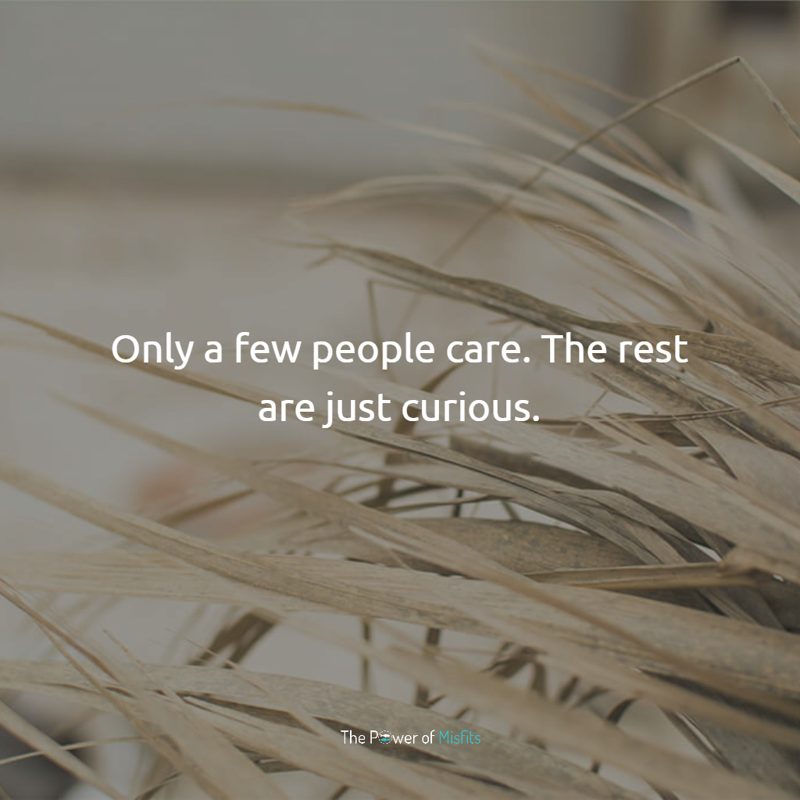 How to tell a true friend who cares from someone who is just curious? If you ask yourself this question, check out this list of signs your friend doesn’t care about you.

16. It’s so funny how the people who know the least about you have the most to say.

17. A man is likely to mind his own business when it is worth minding. When it is not, he takes his mind off his own meaningless affairs by minding other people’s business.

18. It’s better to have your nose in a book than in someone else’s business.

19. Your curiosity about a person might cause pain or discomfort for him or her; so, question yourself: “Do I really need the information?” 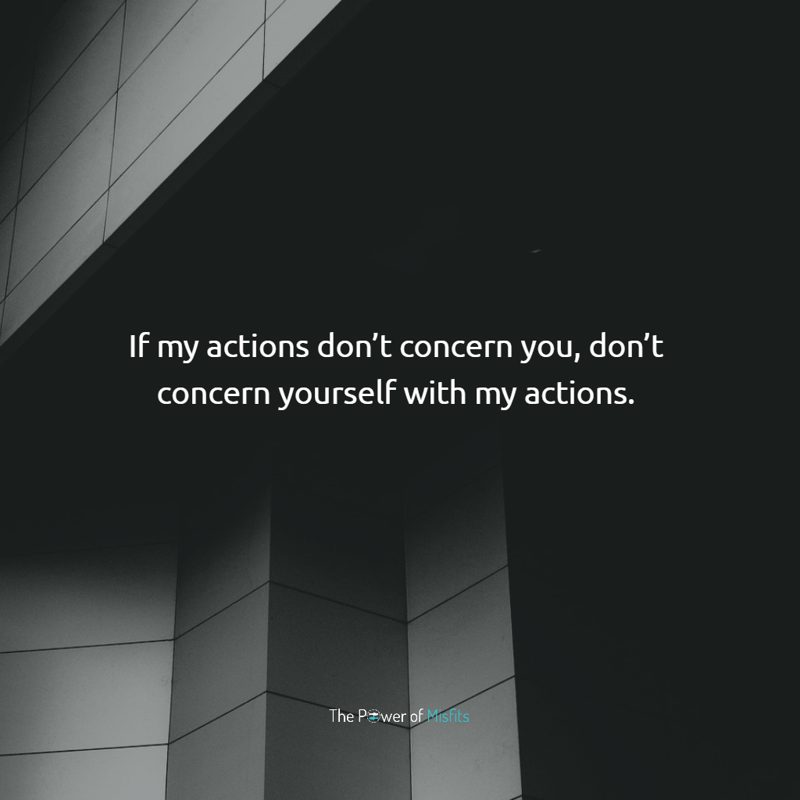 Because I am. That’s how I function. I don’t ask you, “Why are you so noisy? Why do you talk so much?”

If this quote speaks to you, then you probably are an introvert. Read this guide on the traits of introverted people.

24. I maintain that, if everyone knew what others said about him, there would not be four friends in the world; this is evident from the quarrels caused by occasional indiscreet disclosures.

25. The world can forgive practically anything except people who mind their own business.

26. Why is it that when one man builds a wall, the next man immediately needs to know what’s on the other side?

27. The public have an insatiable curiosity to know everything, except what is worth knowing.

28. Wondering about other people’s private affairs is a one-man gossip.

29. Curiosity is only vanity. We usually only want to know something so that we can talk about it.

31. Stay low-key. Not everybody needs to know everything about you.

32. When you sneak into somebody’s backyard, it does seem that guts and curiosity are working together. Curiosity can bring guts out of hiding at times, maybe even get them going. But curiosity usually evaporates. Guts have to go for the long haul. Curiosity’s like a fun friend you can’t really trust. It turns you on and then it leaves you to make it on your own – with whatever guts you can muster.

33. Facebook is like having nosey neighbors who don’t really like you. They just stay connected to look over your wall to see what you are doing. 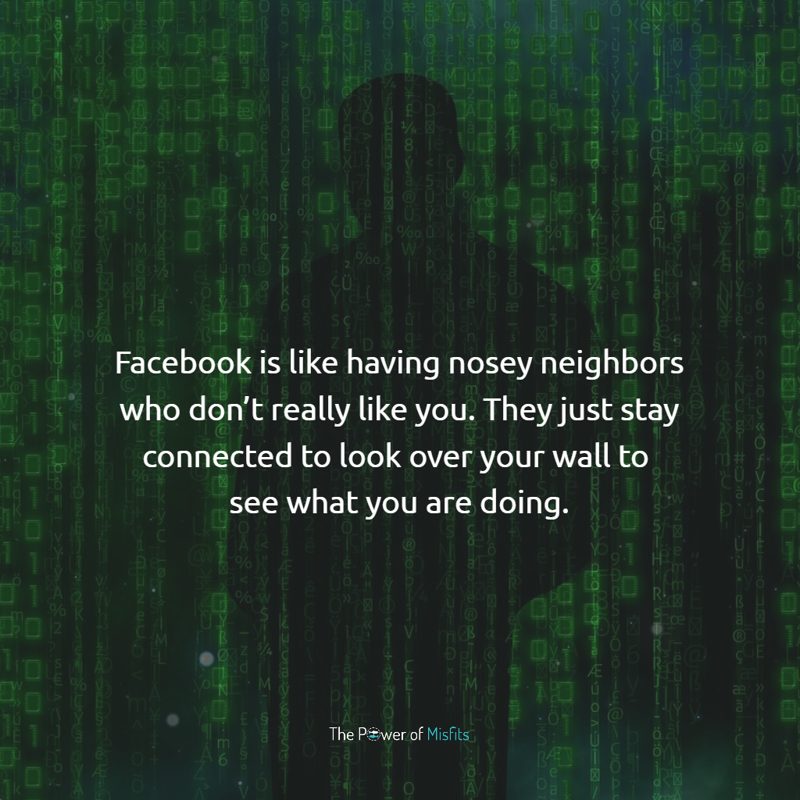 34. Pride and curiosity are the two scourges of our souls. The latter prompts us to poke our noses into everything, and the former forbids us to leave anything unresolved and undecided.

35. Nothing goes unobserved in that strict town where people lack occupation. Malicious curiosity there has even invented what is known as a busybody, that is a double mirror fixed to the outside of the window-ledge so that the streets can be monitored even from inside the houses, all the comings and goings watched, a kind of trap to catch all the exits and entrances the encounters and gestures that do not realize they are being observed, the looks that prove everything.

36. As human beings, we are so bombarded by gossip and messages about how we should be living our lives that many of us become overwhelmed and confused about what we really want to say to each other.

37. I prefer to stay low-key. Leave people clueless and let them assume what they want.

38. The curiosity of lazy men is gossip.

39. If you want to live in a place where no one can reach, you should know that people will be much more willing to get there because you have stimulated their curiosity tremendously!

40. Peepers should hammer it into their heads that intrusive curiosity is the precursor of offensive animosity.

What Can We Learn from These Quotes about Nosey People?

The above quotes talk both about nosey people’s behaviors and the motives behind them.

The general idea is that someone who pries into your business probably doesn’t have anything better to do. Their own life is too boring and empty, so they entertain themselves by snooping into someone else’s. Gossip is just a pastime for them, such as watching a soap opera on tv.

It could also be that an intrusive person is trying to distract themselves from their own problems. Oftentimes, people gossip because it makes them feel better about themselves.

Suddenly, their own troubles and faults seem small in comparison with someone else’s. So, they are desperately looking for drama, pushing you to reveal the juicy details of your breakup.

To sum up, if you find yourself under the radar of a nosey neighbor or co-worker, then most likely, it means that you are dealing with a pretty shallow person. The best strategy is to set boundaries and stay away from them, especially if they are making you uncomfortable.